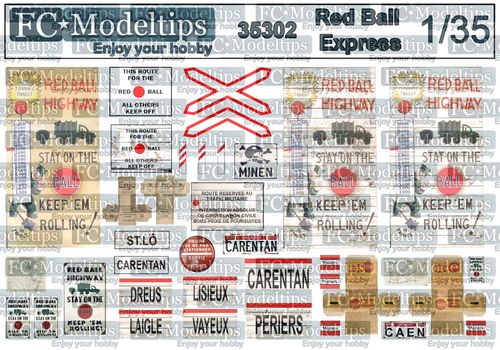 The Red Ball Express was an enormous truck convoy system that supplied Allied forces moving quickly through Europe after breaking out from theD-Day beaches in Normandy in 1944. The route, marked with red balls, was closed to civilian traffic; the trucks were marked with the same red balls and also given priority on regular roads.

The system, which originated in an urgent 36-hour meeting, began operating on August 25, 1944.[1] It ran until November 16, when the port facilities at Antwerp, Belgium, were opened, some French rail lines were repaired, and portable gasoline pipelines were deployed.

The Red Ball Express was primarily operated by African-American soldiers.